Home » public transport » Trials and Tribulations of Health and Safety

We had to go out yesterday via our usual mode of transport namely a bus. The following post is all about our return journey but before you read it, it might be a good idea to point you to a previous post concerning the rules issued to all drivers who are unfortunate enough to have to work on our particular bus route because it will go some way to explaining the extraordinary events that enfolded during our fateful journey.  Unfortunately for my two readers,  this post will not be liberally illustrated with photos/pictures etc, as I did not have my camera with me to capture the occasion,  so you will just have to use your imagination.

The journey began from Halifax bus station at precisely 15.40pm. About ten to fifteen  passengers were on board the bus. Exiting Halifax town centre via this particular route entails a very steep and twisty climb up to Southowam which on a fine day affords a spectacular view of the whole of Halifax stretched out below. However on this day as we climbed the winding hill there was absolutely nothing to see as it was very foggy though not dark yet. 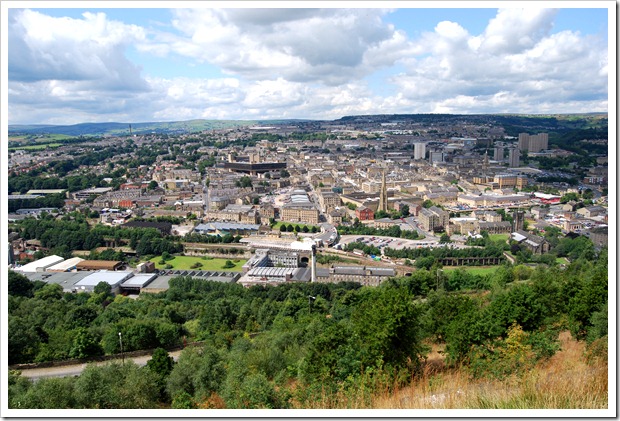 The bus dropped off a few passengers at the top Beacon Hill and continued on to the next bus stop. The fog was far worse here.  Some passengers alighted. The driver appeared to be messing about with something. He revved the engine up.  He stopped the engine.  All remaining passengers (us included) looked at one another. The driver got out of his cab area. He went to the doors and tried to forcibly close them. Ahh! The doors wouldn’t close!  He stepped off the bus. He tried to close the doors again. He got back on the bus.

“ I can’t go on!” he told us. “I can’t get the doors to shut, and I am not allowed to drive the bus with passengers on board if the doors won’t shut! I will have to remain here and ring for a mechanic.”

Hmm. Note here dear readers, that all remaining passengers (all adults) were mostly seated at the back of the bus.  We all began to argue with him about his strategy of remaining put.  Questions and rants and raves were issued by each passenger in turn ( me included)  such as why not continue into our town, it wasn’t as if we were in any danger!

The reply was I suppose, given this day and age of stupid and idiotic rules that tend to abound, to be expected.

“I can’t drive the bus with passengers on board and a door that won’t shut! It’s Health and Safety rules!”

Oh well! That’s us scuppered then!  Stuck here in the middle of nowhere in thick fog waiting on a freezing cold bus (made even colder now as the door was wide open) waiting for some mechanic to appear at sometime in the future. I wouldn’t have cared so much if we could have enjoyed the usual panoramic views of the countryside that usually present themselves  from that particular spot during the daytime and summer months, but you couldn’t see a thing for the fog!  We all chuntered on to ourselves about the outcome of the situation, with one passenger sure that we would all still be here when the next bus arrived in an hours time as we were unlikely to see any mechanic emerge out of the fog anytime soon.

The driver in the meantime had alighted and was puffing away at a cigarette and talking to one of the female passengers who had also got off to wait for one of her family to come and rescue her in their car. ( Now breaking one rule at least of never EVER speaking to passengers!) They were discussing cats and catnip for some extraordinary reason which we could hear clearly through the now open doors of the bus.  I was beginning to slowly freeze.  Why couldn’t he keep the engine running?  Then I remembered another rule for the  bus drivers on our route which clearly state that all heating must be switched off in winter.  I was toying with the idea of pacing up and down the bus aisle simply to keep warm.

The driver got back on, started the engine and tried the doors again. They closed! Hurray!  Now we can get going at last!  He rang wherever or whoever bus drivers ring on occasions such as this.

“I’ve got the doors closed, shall I continue on?” he asked the Fat Controller the person who  was at the other end.  No! came the reply, he had to stay put! The mechanic was on his way with a replacement bus and wouldn’t be able to find him if he moved from that spot! Blast!

After informing us that he couldn’t set off despite the fact that the doors could now be closed ,we all began chuntering on again about how stupid and idiotic the whole situation was and by this time we were all glowering at the driver with murderous intent. Why hadn’t we been fortunate enough to have a driver who  was willing to break  the rules? After all, it wasn’t’ as if we were going to hightail it to Metro headquarters and inform them that one of their drivers had driven a bus with the door open!   He got off the bus again for another fag, by now decked in his lovely warm coat assigned to all bus drivers on our route to keep them warm whilst their passengers freeze.

“The next bus will be setting off from Halifax at 40 minutes to, we’ll get on that one! “ said one passenger and we all agreed to this new strategy. After all it would be arriving at this very spot in roughly ten minutes!   I made sure that the driver would stop the next bus so that we could all transfer to it, but before we could  carry out our passenger plan a mechanic finally turned up driving a replacement bus and we all quickly transferred onto that one (including the driver.)  So at last and nearly an hour later we found ourselves continuing our journey home.

I can remember a time when buses didn’t have doors and when it would have been taken for granted by those in power that ten adult passengers would have enough sense not to throw themselves through an open bus door, but those ‘common sense’  times were before idiots came up with  nonsensical rules all gathered together under the title  ‘Health and Safety’

Health and Safety? I very nearly froze to death!

4 thoughts on “Trials and Tribulations of Health and Safety”