Home » One of our Jaunts » A Day out in York, the Railway Museum.

Yesterday we went to York. My all time favourite City and the only one I would ever consider moving to. The weather was absolutely gorgeous, our journey there and back enjoyable, K bought the usual obligatory t-shirt of the Flying Scotsman from the Railway Museum so she was happy, I resisted the temptation to buy yet another fridge magnet so I was pleased that I still have some willpower left, we enjoyed a Caesar salad for lunch and two, yes two ice creams in the midday sun, we discovered the Treasurer’s House tucked behind the Minster, and I took some fabulous pictures of it all, so here they are the best of the bunch for you all to enjoy!

Looking really splendid in the Great Hall, the Evening Star attracted a lot of interest. So much so that I had to take about five shots of her so that when I got home I could use Photo Fuse in Windows Live Gallery to get rid of most of the people from this shot!

Here you can see all the different engines gathered around the turntable on which is perched a very old steam engine. 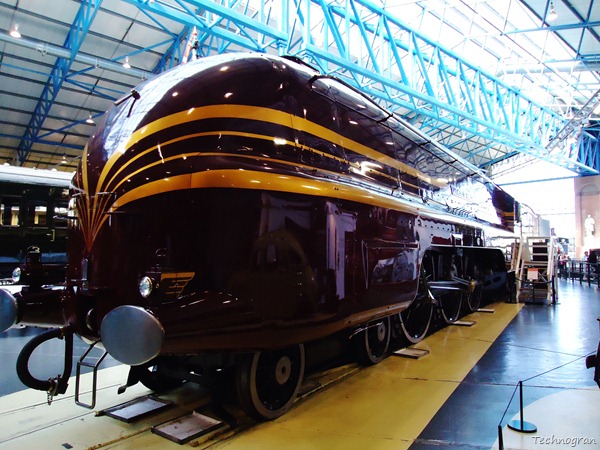 The magnificent Duchess of Hamilton gleaming and shining in the sun streaming through the roof. 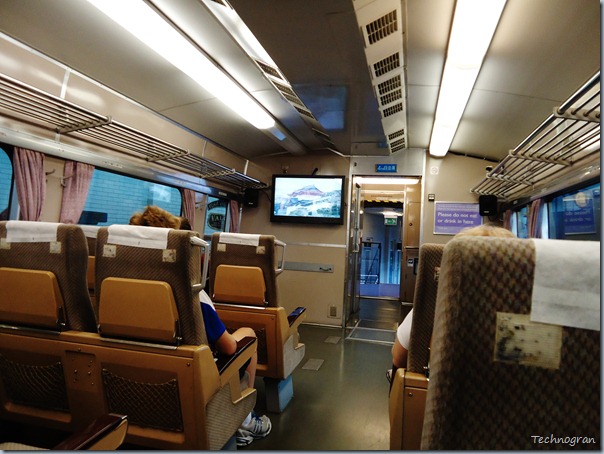 We sat on the Japanese bullet train to watch the video. They travel so fast! Over 250 miles per hour! Pity we have fallen so far behind other countries with our railway network where once we use to lead.

I then took this shot from the front. It does resemble a bullet don’t you think?

Next, onto the workshop where the Winston Churchill was being worked on (although there were actually no engineers to be seen, mustn’t work on a Saturday!) If these engineering skills such as working on the steam locos were to die out, it would be a crying shame as once upon a time, not so long ago, these skills were where we British excelled.

Besides the Winston Churchill engine, you can see a coach is also being worked on. The Flying Scotsman has been rebuilt from scratch here, using the original  blueprints to do so.

From the balcony of the Railway Museum, I took this panorama of York Railway station. Note the building work going on on the far left where it looks as if the car park is being extended to accommodate more cars, which I find ironic.

A pair of wheels stand majestically outside the Railway Museum. Next post we catch the road train and journey into York to see the magnificent Minster, and other fantastic sights.

4 thoughts on “A Day out in York, the Railway Museum.”