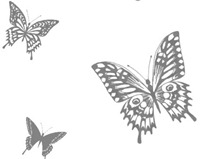 I’m not quite sure how the conversation turned to the subject of people’s names as we all sat enjoying the welcome sunshine and our lunch outside the Flutterbites Cafe after our walk on Saturday. I suppose it could have been me who stated that I was, and always had been, useless at remembering peoples names, or there again, it could have been her. However the subject was broached, I had to confess that I was terrible with names and recalled to her how it had taken me ages to ‘get a hold’ of her particular name.

“You don’t look a Gerry” I offered in way of explanation for the many countless times I used to refer to her as Gillian.  I also confessed how I kept insisting that Paule was Paula and calling her by that name, but we both agreed that particular faux pas was in all probability because Paule was a male name, and would explain why I kept insisting on adding on the ‘a’ to convert it into the feminine. It does tend to annoy people when you can’t get a handle on their name, especially as time goes by and the first few weeks of acquaintance turn into years and your STILL getting it wrong. They don’t usually confront you with it of course, tending in my particular case to just avoid talking to you as much as possible, or scowling at your constant inability to get their name right.  Rather like Pat.

We both decided that in my defence, Pat is one of those people who quite simply doesn’t suit her name. She doesn’t LOOK like a Pat. It’s probably why I continually insist on calling her Margaret. She looks more like a Margaret. It suits her. As we discussed the ‘Pat’ problem, I glanced over to her, sat as she was as far away from me as possible,  and mentally filed away the fact that she was called Pat, therefore I should try my best to ignore the fact that she didn’t LOOK like a Pat and get the name firmly fixed in my mind, if only so that she would perhaps converse with me more or at least give a greeting whenever we all met up on our Saturday walks.

I’ve been often embarrassed by my lack of being able to remember or recall someone’s name, but our lunch time conversation at least confirmed that I wasn’t alone and that she had also found it difficult to associate some people with their given name. The conversion moved on to other subjects but as I pondered over it later, I realised that I must ‘LOOK’ my name because its fairly rare that others have called me Sheila or Anne.