Yesterdays walk was not really all that enjoyable as far as I was concerned. We all met up in the bus station as we so often do, and from therein there was a lot of confusion as to exactly which bus we were supposed to be catching in order to arrive at the start of the walk. S was supposedly our walk leader but he didn’t seem to be too sure about the bus either, and the fact that our departure displays are all incorrect (see my previous post) didn’t exactly help matters. As most of the other walkers are car owners and don’t frequent the bus station as I do, I had to keep warning them that the information via the displays was wrong. 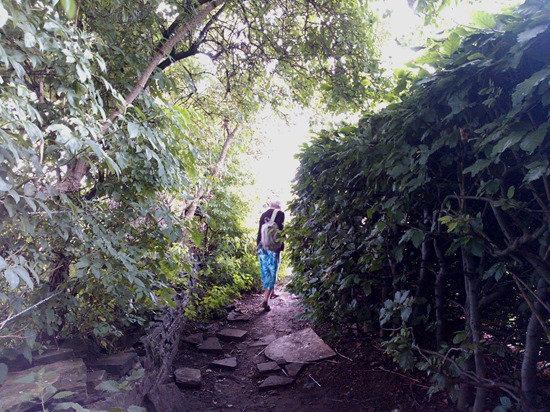 Worse was to come when the bus actually pulled into the stand and we asked the driver. He didn’t seem to have a clue where he was going, but despite this we all took fate into our hands and clambered on board. I had to laugh to myself, imagining us ending up anywhere where we would be doing a sort of ‘mystery walk.’ As it turned out, the bus was the correct one, and we set off in good spirits only to end up turning round when it was decided that the walk leader was leading us all up an hill that was far too steep for some of the members to tackle. I quietly sighed to myself.  Recrossing the road, we then set off down a lane and at last seemed to be on our way. Trouble was, the route wasn’t really all that picturesque, having a large estate on the right hand side and not much of a view on the other. I hadn’t taken my camera with me (must have had a foretaste that there wouldn’t be all that much in the way of spectacular views to warrant it.)

The walk leader had on top of his head, one of those straw boaters which looked a little ridiculous to be honest with you, seeing as the sky was overcast and grey. We also had to watch our step walking along the path as there were many loose stones to trip up the unwary. The lady in front of me very nearly fell over one such loose stone. The only thing of note worthy of a quick photo was two horses who were resting in one of the fields as we walked past. One of them had a hood over its head for some reason. I took the shot because I knew that Kerri would love to see it. 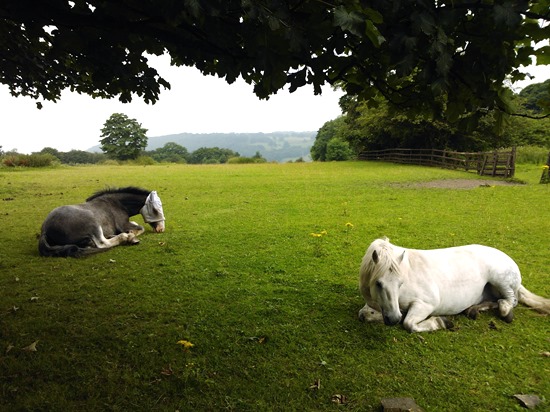 Eventually, the vista in front of us opened out somewhat to allow a view right across the valley towards Southowram and we could see as far as Clifton and even Scholes from there. It was still overcast but it was beginning to brighten up somewhat. We all took a breather half way so that some of the walkers could have a sit and a rest for a few moments, then we continued onwards down into town.  After arriving back in town, three of us, myself included decided to lunch at the Ship Inn, whilst the others went to Wetherspoons for their meal.  For me, it had been a rather disappointing walk on the whole, and I don’t think I will go on another walk around Rastrick again.